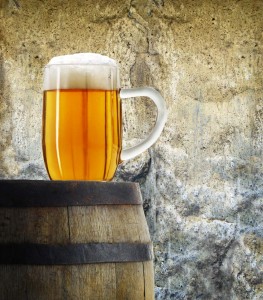 Michigan is known around the world for its microbreweries and breweries. A Microbrewery is limited to brewers under 30,000 barrels of annual production. Microbreweries can sell beer in both their own taverns or through retailers across the state. They are not limited in the number of taverns they may operate.

Bell’s Founded by Larry Bell is in Kalamazoo. Bell’s Brewery, Inc. sold its first beer in September 1985. In 1993, Bell’s became the first Michigan brewery to open an onsite pub. After struggling several years to produce and sell robust, full-bodied ales against a tide of mass-market domestic beer, Bell’s began to see the demand for craft beer grow dramatically and expanded into new markets. Bell’s currently sells beer across an 18-state area in addition to Puerto Rico and Washington DC through a network of more than 60 quality wholesalers. Bell’s broke into the Top 10 of total craft beer volume sold into grocery stores nationwide for 2011.

Short’s Brewing Company is located in the quaint Village of Bellaire. Beer is the mission, and liberation is the movement is their motto. The first years of the brewing company were nothing short of a struggle. In fact it would have appeared to not be able to re-open after the winter of 2005.  All the beer was going sour, due to lack of attention to the brew house and with little financial resources to get the right tools for the right job, doom seemed imminent.  The pub operation required attention, and so did the deli and the office.  There was simply too much for any one person to do well.  Fortunately with the encouragement and strategic planning from friends and industry colleagues they pulled through. Beer was borrowed from other breweries to pick up the slack, which helped sales and bought time to get new beers brewed.  The pub systems now employs 9 fermenters, 16 serving tanks, and 7 packaging tanks, along with an expanded cold storage warehouse. Beer production in 2004 was 178 barrels and grew to 2000 barrels in 2008.

Arcadia Ales was as established in 1996 in Battle Creek as a microbrewery specializing in handcrafted British-style ales. Their beers are produced in small batches, and their 25 barrel Peter Austin brewery and methods originated in England, which allows this style of beer to reflect over 250 years of world class brewing heritage. In addition to brewing on authentic British equipment, Arcadia uses only the finest malted barley from England, and when combined with the freshest hops from the Pacific Northwest of our United States, and their legendary Ringwood yeast, the result is some of the best and freshest handcrafted ales available, on any continent.